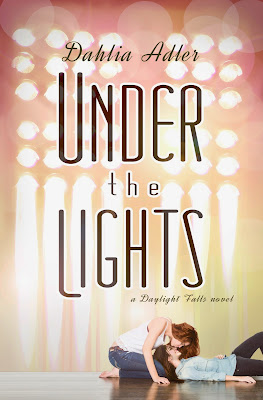 Under the Lights (Daylight Falls #2)by Dahlia Adler

Synopsis:
Josh Chester loves being a Hollywood bad boy, coasting on his good looks, his parties, his parents’ wealth, and the occasional modeling gig. But his laid-back lifestyle is about to change. To help out his best friend, Liam, he joins his hit teen TV show, Daylight Falls…opposite Vanessa Park, the one actor immune to his charms. (Not that he’s trying to charm her, of course.) Meanwhile, his drama-queen mother blackmails him into a new family reality TV show, with Josh in the starring role. Now that he’s in the spotlight—on everyone’s terms but his own—Josh has to decide whether a life as a superstar is the one he really wants.
Vanessa Park has always been certain about her path as an actor, despite her parents’ disapproval. But with all her relationships currently in upheaval, she’s painfully uncertain about everything else. When she meets her new career handler, Brianna, Van is relieved to have found someone she can rely on, now that her BFF, Ally, is at college across the country. But as feelings unexpectedly evolve beyond friendship, Van’s life reaches a whole new level of confusing. And she’ll have to choose between the one thing she’s always loved…and the person she never imagined she could.

This was the perfect next chapter in Dahlia Adler’s wonderful Daylight Falls series, featuring two characters who I absolutely loved from BEHIND THE SCENES. Of course I loved Vanessa, who in this book gets to shine, but I also loved Josh and couldn’t be happier with the opportunity we got to get to know him. He might come across as a little bit of a douche, but Adler imbues him with so much heart that you can’t help but fall in love with him.
Just like the first book in this series, the writing is top notch and the plot is fast paced and engaging. The novel is such a cool inside look at the life of a television/film star and has all of the drama you might expect from people who live their lives constantly in the spotlight. I really liked that this book took a bit of a detour away from the set of Daylight Falls and really got deeper into the relationships established in the first novel.
The romance in this book is absolutely everything I could possibly ask for. Vanessa and Brianna are so adorable together, with the sweetest moments passing between them. I found myself talking to the book, telling Vanessa that everything would be okay as she at first struggles with the reality of being in love with another girl. These are two characters that you can really get behind- they’re ambitious and honest and the type of girls you just want to be friends with. Although it’s not easy, the falling in love portion of this novel is sweet and just the right amount of sexy.
UNDER THE LIGHTS is everything I love about contemporary YA and I think it will appeal to a wide audience. If you love Hollywood, sweet romance, and/or sexy girls kissing, you’ll love this book. 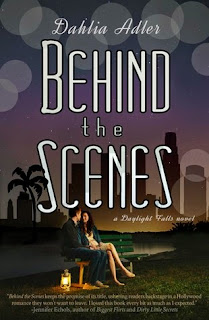 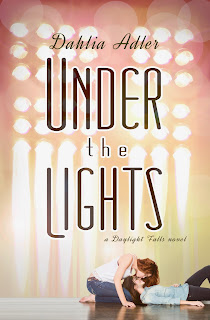 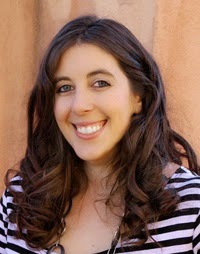 I’m an Associate Editor of Mathematics by day, a Copy Editor by night, and I blog at The Daily Dahlia, YA Misfits, and the Barnes & Noble book blog. I also write contemporary YA (The Daylight Falls duology) and NA (The Radleigh University series). Rec-ing books is approximately my favorite thing in the universe, with macarons being a close second. Come say hi on Twitter, where I’m @MissDahlELama! 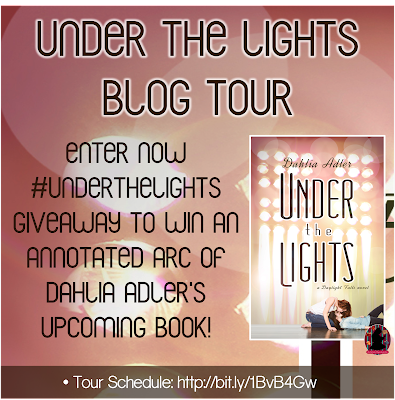