Today we are revealing the cover for LUST IS THE THORN by Jen McLaughlin. This book is being released by Random House on April 19th, 2016.

Check out the fantastic blurb below!

From the bestselling author of Bad Romance (“A sexy, emotional, steamy read.”—Addison Moore) comes an edgy novel about a reformed bad boy training to be a priest and the fallen angel who makes him think twice about giving up earthly pleasures.

Growing up hard and fast on the mean streets of Chicago, Thorn McKinney didn’t have a prayer—until tragedy inspired him to join the seminary. Now the time has come to take his vows, and yet he’s haunted by the woman he can’t leave behind: his best friend’s little sister. Despite Thorn’s promises that he’d keep her safe, she’s going through hell. And now he finds himself torn between duty and desire, entranced by the seductive pull of her trusting eyes, innocent heart, and sinfully sweet curves.

Trying to let Thorn pursue his calling, Rose Gallagher has been hiding some things: namely her abusive boyfriend and her job as a stripper. But when she hits rock bottom, Thorn is there for her—and now there’s no denying the raw temptation that draws them together in their darkest moments. Rose may have found salvation in his strong arms, but she knows that Thorn must choose his own path: in the church, or in the warm embrace of a woman’s love.

Praise for the novels of Jen McLaughlin

Jen McLaughlin is the New York Times and USA TODAY bestselling author of sexy books with Penguin Random House. Under her pen name, Diane Alberts, she is also a USA TODAY bestselling author of Contemporary Romance with Entangled Publishing. Her first release as Jen McLaughlin, Out of Line, hit the New York Times, USA TODAY and Wall Street Journal lists. She was mentioned in Forbes alongside E. L. James as one of the breakout independent authors to dominate the bestselling lists. She is represented by Louise Fury at The Bent Agency.

Though she lives in the mountains, she really wishes she was surrounded by a hot, sunny beach with crystal-clear water. She lives in Northeast Pennsylvania with her four kids, a husband, a schnauzer mutt, and four cats. Her goal is to write so many well-crafted romance books that even a non-romance reader will know her name.

Entangled launched in 2011 and we’re celebrating! Two years ago this February, we launched our first category imprint with Indulgence. The Marriage Bargain, one of our first releases in Indulgence, went on to be one of the top selling books of 2012 and catapulted Jennifer Probst to the USA Today and NY Times bestseller lists. Since then, we’ve grown to have six category romance imprints, as well as single title books for teens and adults in our Select, Edge, and Teen imprints, and have had multiple USA Today and NY Times bestsellers.  We’re in our third year and it’s been a wild ride, and it’s just the beginning.

What better month to begin celebrating our third year than February? All month long, our February new releases, as well as select titles on our Steals and Deals page are just 99 cents!

Yes, you read that right. Every new release will be offered at an introductory price of just 99 cents!

Be sure to join our big Facebook celebration from February 24th-28th with scavenger hunts, authors, games, gossip, and lots of fun!

Explore our new website and prepare to find romance, because we have something for everyone and join our “Steals and Deals” newsletter!

We’re kicking off the month-long celebration with three new Brazens, each with a smoking hot military man front and center and each for just 99 cents!

Marine for Hire, by Tawna Fenske

She thought she’d sworn off military men for good…

Sam Kercher is every inch a wickedly hot Marine. Tall. Sexy. Lethal. When his best friends call in a favor, Sam is forced to face an entirely new line of duty—playing nanny for their newly divorced sister and her squirming seven-month-old twin boys. If Sam can dissemble an M16 in his sleep, diaper duty should be a cakewalk…right?

Unfortunately, Operation Nanny isn’t quite that simple. Sheridan has sworn off overbearing military men, so Sam must protect her from her dirtbag ex without revealing just how much he has in common with her brothers. Or that he’s been ordered not to touch her. Ever. Problem is, Sheri’s one hell of a gorgeous woman, capable of making this hard-bodied Marine even harder. And Sam wants her bad.

Protect the girl. Care for the babies. Hide his identity. And keep his hands off. But even the most disciplined Marine has weaknesses…and Sheridan is one Sam might not be able to resist.

Staking His Claim, by Tessa Bailey

He wants her. All of her.

NYPD sniper Matt Donovan is in Hell. Instead of driving his best friend’s little sister home from college, he’s stuck with her roommate—a fresh-faced ray-of-sunshine with a body that makes grown men weep. There’s no way he’ll allow himself to taint the little vixen, no matter how hard she tries to tempt him, so he resigns himself to the longest—and hardest—drive of his life.

Matt’s obvious attraction suits grad student Lucy Mason just fine. She had no idea her brother’s best friend was so deliciously hot. Knowing he’d never have his wicked way with his buddy’s sister, she lies about her identity and seduces him. But Matt’s no fumbling college boy. His desires run deep—and dark—and he wants to teach Lucy what wicked really means.

Matt’s demanding appetites only make Lucy want more. But when her cover’s blown, he’s furious—even as his hunger for her becomes insatiable. Matt can’t trust anyone, least of all himself. And he knows all too well that darkness always destroys the light…

Temporarily Yours, by Jen McLaughlin, writing as Diane Alberts

This soldier’s the perfect hoax…if she doesn’t fall for him first.

Stats whiz Kayla Moriarity knows her way around numbers and algorithms. Men, on the other hand, are unsolvable equations. Now Kayla’s en route to her sister’s wedding—without the fictional boyfriend she invented for her family. Fortunately, her plane comes complete with complimentary cocktails and a ridiculously hot ex-marine in the seat beside her. And that’s all it takes for Kayla’s inhibitions to go sailing out the airlock…

Cooper Shillings has soft spot for people in trouble, but he certainly wasn’t expecting to land in it himself—and definitely not while getting naughty mid-air with a sexy southern belle. When he hears Kayla’s predicament, however, he offers his services as a stand-in boyfriend. After all, he’s heading overseas soon…and how could he refuse a little no-strings wickedness?

It’s the perfect plan. And all Kayla has to do is ensure her family falls for the ultimate bluff, without falling for it—and Cooper—in the process…

We appreciate you and want readers to be able to fill up their eReaders all month long with great books at introductory prices.  Thank you for an amazing first three years.  This is just the beginning. 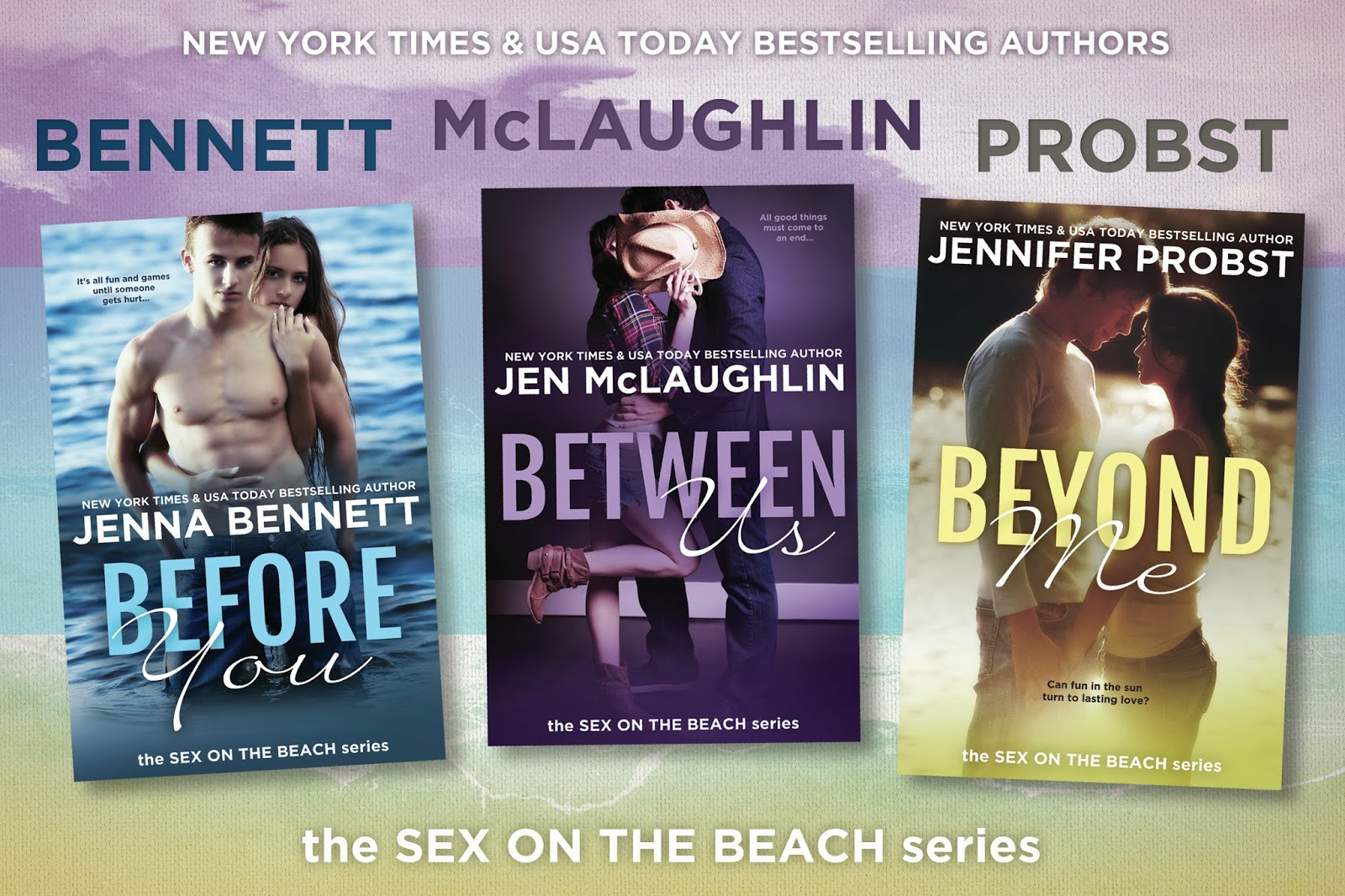 Today is the big cover reveal for the SEX ON THE BEACH series! This series includes the novellas BEFORE YOU by Jenna Bennett, BETWEEN US by Jen McLaughlin, and BEYOND ME by Jennifer Probst.
the SEX ON THE BEACH series
coming MARCH 4th
NOTE FROM THE AUTHORS:
Dear Reader,
Prepare yourself for Sex on the Beach, a trilogy featuring BETWEEN US (Jen McLaughlin), BEYOND ME (Jennifer Probst), and BEFORE YOU (Jenna Bennett). Three separate novellas. Three different authors. One literary world. Read them all, or just read one. It’s up to you! No matter which route you choose, these standalone novellas are sure to satisfy your need for sizzling romance and an emotion packed story.
Happy Reading! 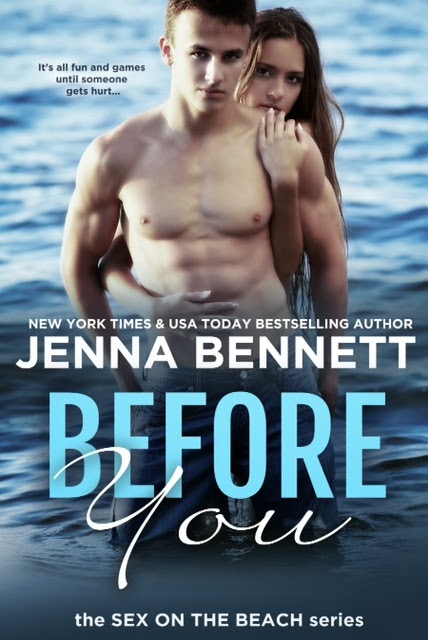 BEFORE YOU by Jenna Bennett

It’s all fun and games

I had a simple plan for spring break.

Sun, sand, and a hot guy. Sex on the beach, with no strings attached.

A chance to get rid of this pesky virginity once and for all.

And when I met Tyler McKenna, I thought I had it made.

Until someone gets hurt

But then girls started turning up at Key West landmarks. Girls who looked like me, but with one crucial difference: They’d all been drugged and relieved of their virginity.

And now I’ve begun to wonder whether there isn’t more to him than meets the eye.

Suddenly, sex on the beach doesn’t sound so good anymore… 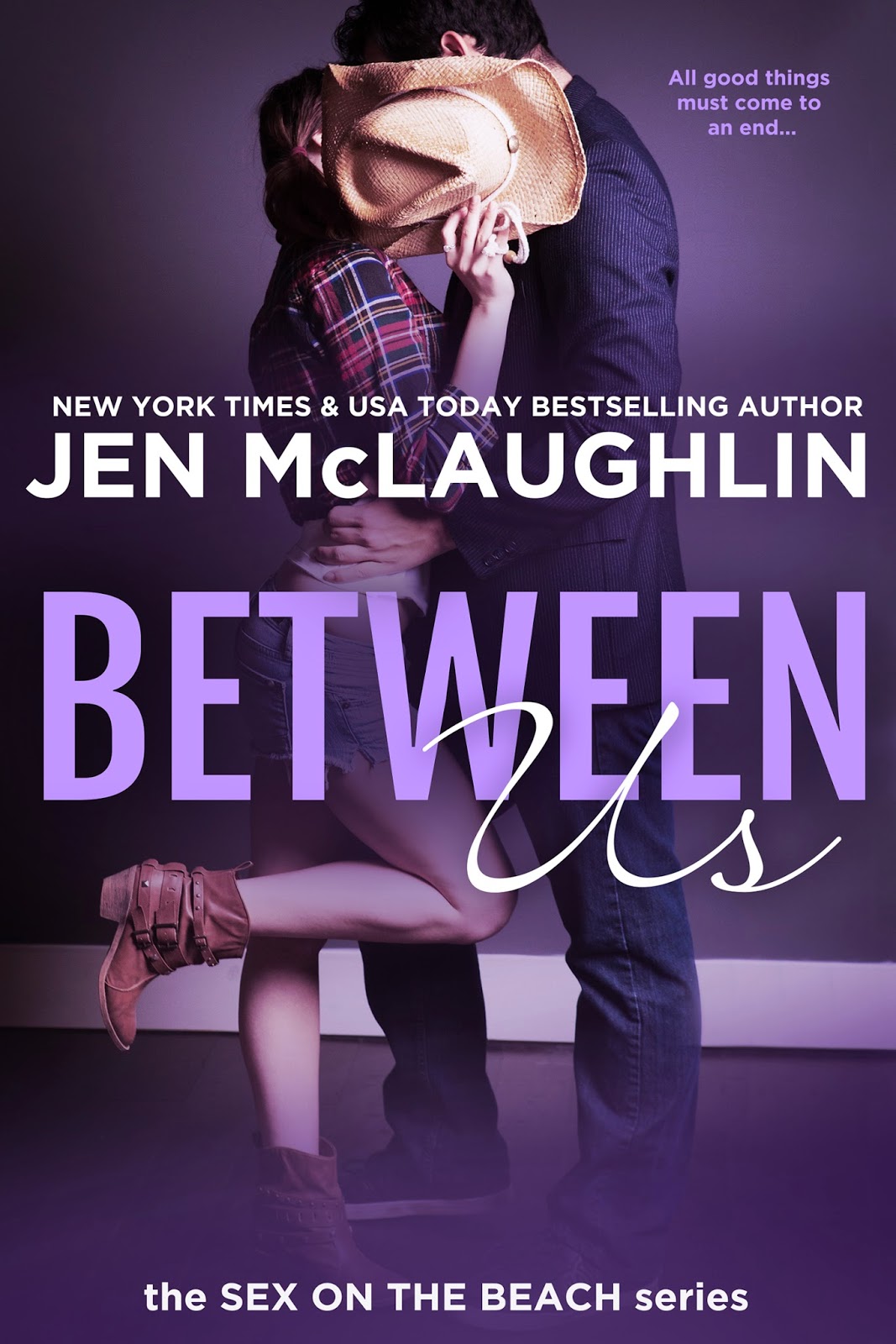 BETWEEN US by Jen McLaughlin
BOOK SUMMARY:

I’m a famous country star who’s spent her life cultivating a good girl persona to avoid bad press, but I’ve reached my limit. I’m going away for spring break with my two best friends from college, and we’ve vowed to spend the vacation seeking out fun in the sun—along with some hot, no-strings-attached sex. The only thing I needed was the perfect guy, and then I met Austin Murphy. He might be totally wrong for me, but the tattooed bad boy is hard to resist. When I’m in his arms, everything just feels right.And I’m just a guy…

I’m just a bartender who lives in Key West, stuck in an endless cycle of boredom. But then Mackenzie Forbes, America’s Sweetheart herself, comes up to me and looks at me with those bright green eyes…and everything changes. She acts like she’s just a normal girl and I’m just a normal guy, but that couldn’t be further from the truth. My past isn’t pretty, you know. I did what I had to do to survive, and she’d run if she learned the truth about my darkness. But with her, I’m finally realizing what it’s like to be alive. To laugh, live, and be happy.

All good things must come to an end… 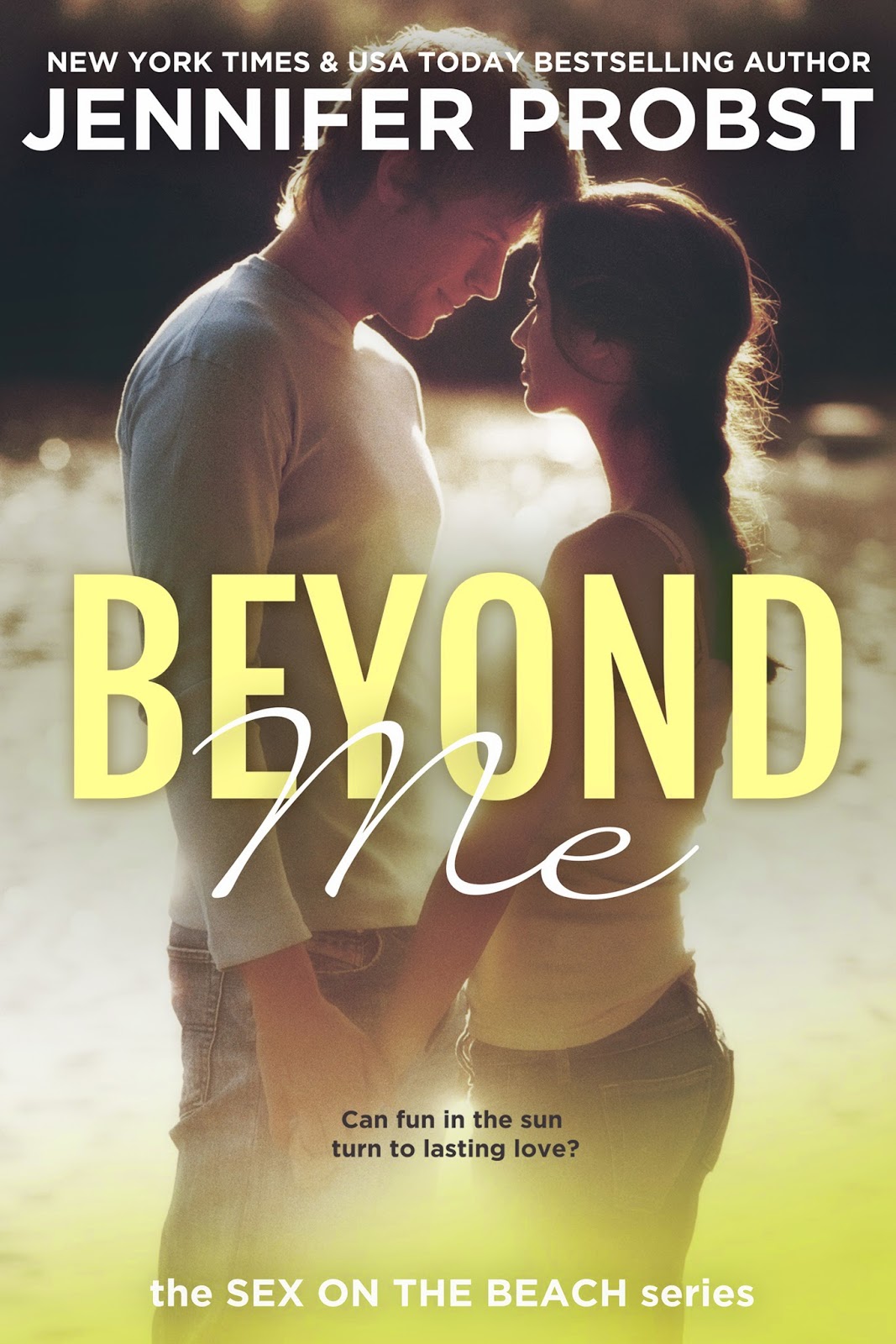 BEYOND ME by Jennifer Probst

CAN FUN IN THE SUN TURN INTO LASTING LOVE?

Spring break in Key West with my besties was supposed to be casual fun. But I never expected to meet James Hunt. Sex and frolic? Yes! A relationship? No. But his hot blue eyes and confident manner drew me in. And when he let me see the man behind the mask, I fell hard, foolishly believing there could be a future for us. Of course I never considered our relationship might be based on lies…or that his betrayal could rock my foundation and make me question everything I believed in…

OR WILL A LIFE BUILT ON LIES RUIN EVERYTHING?

The moment I saw Quinn I knew I had to have her. She hooked me with her cool eyes and don’t touch me attitude. I had it all, money, social status, and looks. I could get any girl I wanted…until her. When my friends challenged me with a bet to get her into bed by the end of the week, I couldn’t pass it up. But sex wasn’t supposed to turn into love. She wasn’t supposed to change me, push me, and make me want more for myself. She wasn’t supposed to wreck me in all ways. And now, if I can’t turn my lies into truth, I just might lose her forever…

Time for some teasers! 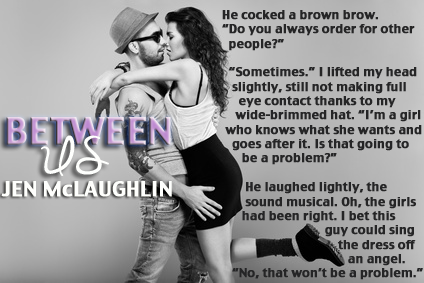 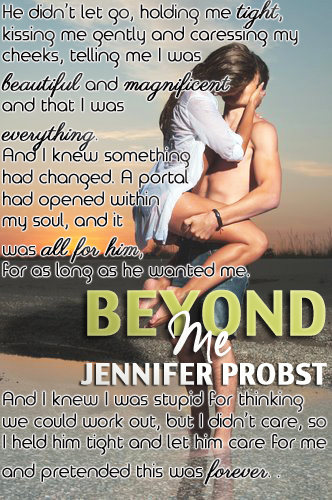